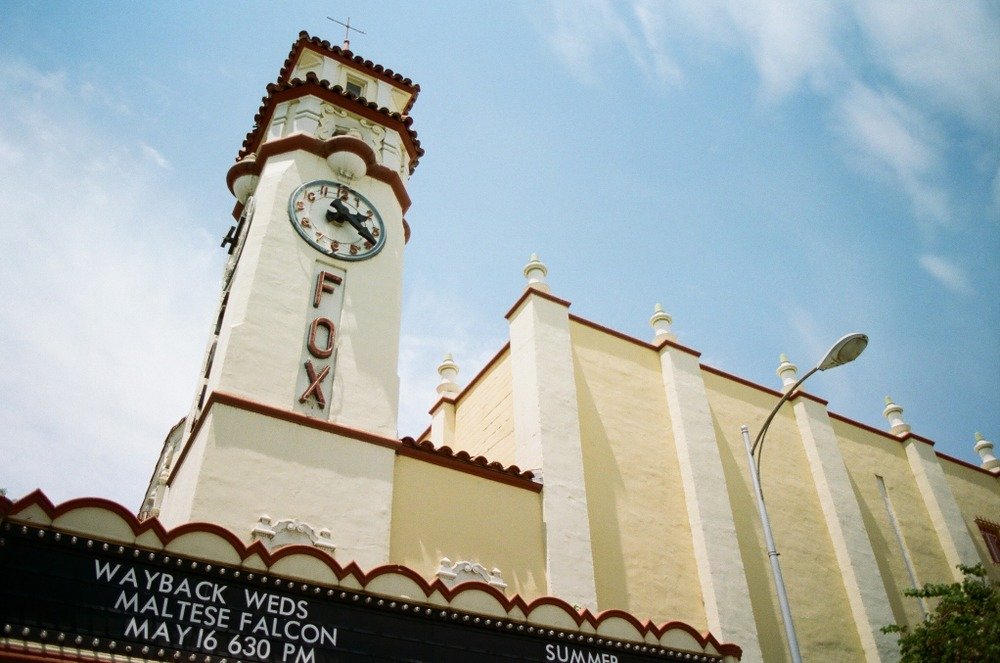 The Fox Theatre in downtown Visalia, one of the 11 cities in California considered an emerging housing market by the Wall Street Journal and Realtor.com. Devin Powers/Shutterstock

Remember all of the headlines about Californians abandoning the state for lower-priced housing during the pandemic?

Not so fast. They may want to wait.

California has some of the fastest-emerging housing markets in the nation, with 11 cities among the top 50 in the just-released second-quarter Wall Street Journal/Realtor.com Emerging Housing Markets Index (subscription required).

California had four cities in the top 20, followed by North Carolina with three cities.

The WSJ/Realtor.com index identifies the metros – from major cities to much-smaller regions – for homebuyers looking for appreciating housing markets, a growing economy and an appealing lifestyle.

California has some of the fastest-emerging housing markets in the nation, with 11 cities among the top 50 in the just-released second-quarter Wall Street Journal/Realtor.com Emerging Housing Markets Index (subscription required).

California had four cities in the top 20, followed by North Carolina with three cities.

The WSJ/Realtor.com index identifies the metros – from major cities to much-smaller regions – for homebuyers looking for housing markets where prices are rising, with a growing economy and an appealing lifestyle.

11 California cities are among the nation’s top 50 Emerging Markets (rank in the U.S.)

AFFORDABLE, BUT WITH SOME CHALLENGES

Visalia-Porterville-Tulare finished in 10th place on the national list – and the top spot in California. The ranking is likely because of the affordable housing in Tulare County, with a median home price of $378,000 in June, less than half the price statewide, according to the California Association of Realtors.

Tulare County, best known for being the agriculture center of the state, is among the cheapest housing markets in the state. About two of every five households (41%) can buy a home in the county, compared to the 24% statewide. Home prices have increased almost 13% compared to a year ago.

Tulare County, about halfway between Los Angeles and San Francisco, is an hour away from Sequoia-Kings Canyon National Park and several lakes.

Three other California cities cracked the top 20 national list – Santa Cruz-Watsonville at No. 13, Vallejo-Fairfield at No. 16, and Eureka at No. 17.

Buyers are looking for more affordable markets while embracing the opportunity to work from home, especially those with children, said George Ratiu, economic research manager for Realtor.com.

Foreclosures are up, but no need to worry, yet

Foreclosures are back. Well, sort of.

Foreclosure filings climbed to 16,340 homes in California during the first half of the year, a 116% increase compared to the same six-month period in 2021, according to ATTOM Data Solutions.

But the dramatic increase in foreclosure filings – default notices, scheduled auctions or bank repossessions – is 9% lower than the first six months of 2020 and off 30% from 2019, considered the pre-pandemic period.

It’s more back to normal than the sky is falling.

But analysts are closely watching foreclosure notices as government moratoriums that halted foreclosures during the peak of the COVID pandemic have ended. Some housing officials say without such protections, homeowners struggling financially could have trouble making their monthly mortgage payments.

Other housing experts argue a large majority of homeowners have so much equity that those getting behind on their mortgage payments could sell their home and enjoy a nifty profit, even with the price declines and slower-selling market over the past few months.

All 10 regions in the state – from Crescent City to San Diego – had an increase in foreclosure filings during the first half of the year. Fresno County had the biggest percentage increase at 200% – or three times the number a year earlier. (See chart below).

“Foreclosure activity across the United States continued to its slow, steady climb back to pre-pandemic levels in the first half of 2022,” says Rick Sharga, executive vice president of market intelligence at ATTOM. “While overall foreclosure activity is still running significantly below historic averages, the dramatic increase in foreclosure starts suggests that we may be back to normal levels by sometime in early 2023.”

The least affordable city in California is …? It depends

Affordability has been a concern in California for the past decade, as booming demand and a dwindling supply of housing have pushed prices higher since the Great Recession.

But determining the least affordable housing market in the Golden State depends on the source.

OJO Labs says San Diego is the least affordable, with an 8.2 score based on the median home price compared to the median household income in the second-largest city in California.

California has three of the nation’s least-affordable cities, with San Francisco and Los Angeles following San Diego, according to OJO. Sacramento-Stockton-Modesto – some of the hottest markets in the state – finished at No. 7.

The California Association of Realtors, the organization that represents many of the state’s brokers and agents, says Orange County was the least affordable major market during the first quarter.

Fewer than one of every eight (13%) consumers could buy a home in Orange County, where the median home price was $1.26 million – the only million-dollar market in Southern California.

(It’s worth noting that Santa Barbara County’s affordability was 12% during the first quarter, but the county has far fewer home sales than many of the much-larger counties.)

The Bay Area tops the least affordable housing market in the state, with the average buyer needing to spend every dollar – and then a few more – to qualify for the million-dollar-plus houses in Santa Cruz and San Francisco during the second quarter, according to ATTOM Data Solutions.

CRUNCHING DATA TO DETERMINE THE OBVIOUS

So, what is the least affordable – or most expensive – market in the state?

ATTOM and OJO crunch data between a county’s median home price and the median income. ATTOM determines affordability on how much the average consumer would need to spend of their income to buy the median-priced home with a mortgage. OJO takes a more direct route, developing a ratio between the home price and income.

Three affordability indexes with one result: California is an expensive place to buy and own a home.

And affordability will continue to be a challenge for many wanna-be homeowners. Despite declining home prices, higher mortgage rates have increased monthly payments by more than 40%, slamming the door on many shoppers.

And then there was (only) one on the Livability list

One city in California cracked Livability’s closely watched Best Places to Live in the U.S. List, where cities are ranked in eight categories – from economic stability and infrastructure to health care and housing.

Roseville, a 150,000-population community about a half-hour from the state Capitol in Sacramento, finished at No. 21, nestled between Omaha, Neb., and Charlottesville, Va.

The city boasts a booming economy, great access to health care providers and still-affordable housing, at least compared to the rest of the Golden State, according to Livability.

However, Roseville dropped from No. 8 in 2021. Likely because of fast-rising home prices, thanks to the abundance of Bay Area folks moving into the region during the COVID pandemic.

Livability looks at more than 2,300 midsize cities, ranking them based on 50-plus data points to determine the LivScore.