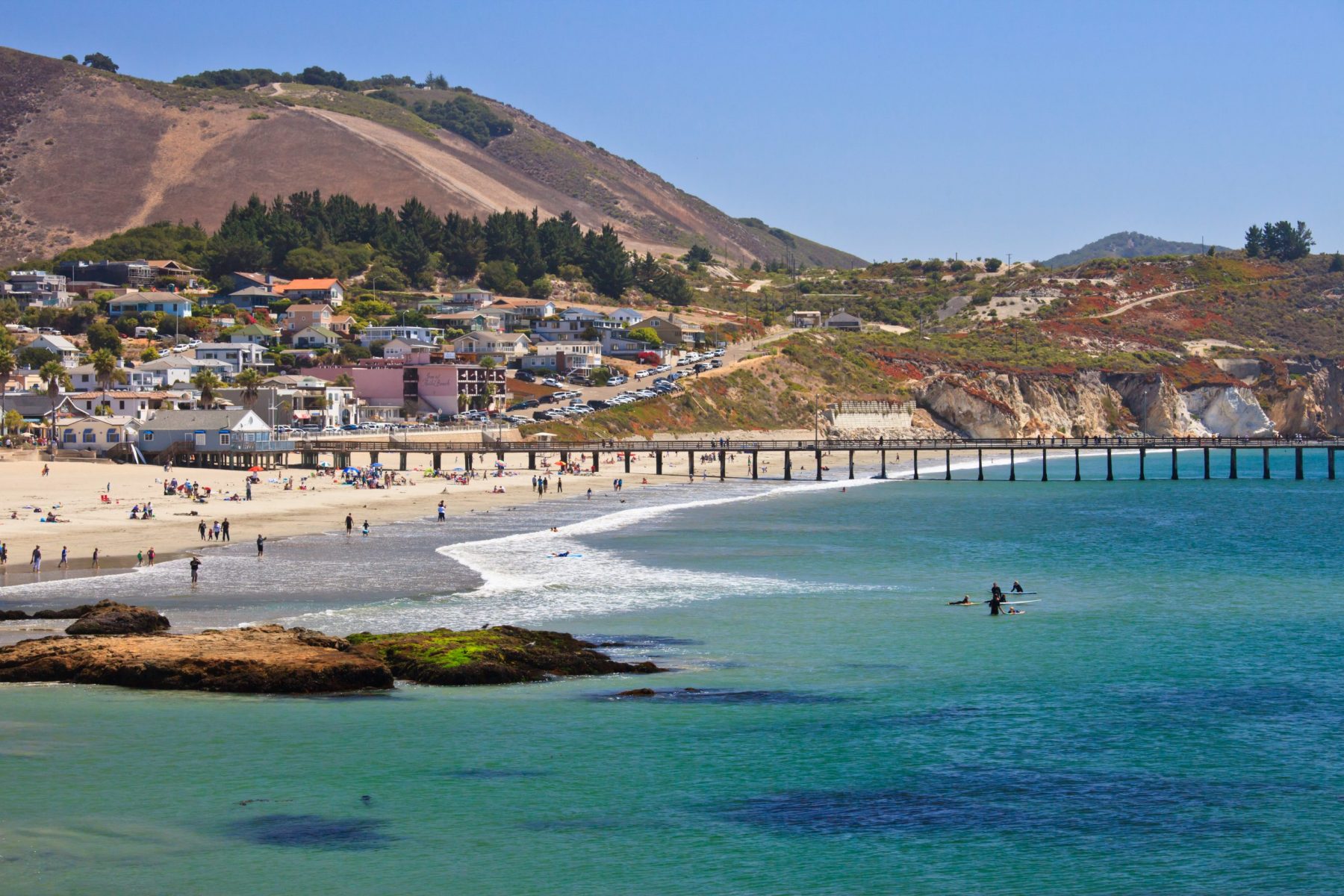 29% more $1 million-plus cities than a year ago

California’s fast-rising home prices are greatly affecting wanna-be buyers that are dealing with the most-ever competition for homes on the market — and are often forced to dig a lot deeper to purchase.

Only about one of every four households can afford the median-priced home in the state, and that’s if they can even find a home as the number of listings has dropped by 50% for three straight months compared to the previous year. The economic theory of supply and demand on steroids.

And for many buyers, especially those real estate virgins (fourth item of previous CHN blog), sticker shock is a very real thing. California’s median home price reached a record $759,000 in March, almost $300,000 higher than five years earlier and about $500,000 more than a decade ago, according to the California Association of Realtors.

But here could be the biggest head-turner — there are 29% more million-dollar cities and towns today than a year ago, according to CoreLogic. There were 124 communities with a median home price of $1 million or more in February, a dramatic increase from 96 a year ago.

Think about this: Almost one of every six communities in California has a median home price of $1 million. Some of the latest additions to the $1 million-plus club include Avila Beach — a beachside community in San Luis Obispo County — and San Clemente and San Juan Capistrano in southern Orange County. But even cities considered more “affordable” compared to other nearby communities have recently topped $1 million, including South San Francisco and Yorba Linda.

Zillow: Half of nation’s million-dollar cities are in California

Finding affordable housing, or at least not break the bank and eat beans or ramen noodles every night, has become difficult to find, except in the Central Valley, from about Bakersfield to Modesto, and the Far North, such as Chico to Redding. But consumers in those communities are finding fewer affordable homes based on the current price and their often more moderate incomes.

The price pain is being felt the most by consumers looking for entry-level or move-up homes. Certainly, record-low mortgage rates have helped stretch their hard-earned dollars, but when prices are increasing 20% every year, low-cost money only goes so far.

But higher-income households — dare we say wealthy — are seeing some price increases at the top end, but nowhere close to lower-priced properties.

For example, high-priced communities, such as Atherton in the Bay and Newport Beach in Orange County, are experiencing little change compared to 2020.

California has five cities where the median home price was at least $3 million — Atherton, Los Altos, Pacific Palisades, Pebble Beach and Portola Valley — in February compared to six communities a year ago, according to CoreLogic.

Atherton, where Golden State Warriors all-star Stephen Curry and former Google chairman Eric Schmidt call home, topped the list at $4.7 million in February, significantly less than the $7.1 million a year ago. However, the community has few home sales and one over-the-top transaction, such as Steph and Ayesha Curry’s $31 million deal for their Atherton home in 2019, can greatly skew data.

California had 15 cities in the $2 million-$3 million range in February, one more than the 14 a year ago.

So the big squeeze is largely on first-time and move-up buyers — middle-class households — that are dealing with a $759,000 median price and more frequently faced with paying $1 million or more.

Californians complain a lot about the cost of living in the Golden State — and often rightfully so. From car registration fees to corporate and state income taxes, it’s a pricey place to call home.

Except when it comes to property taxes.

California, thanks to the passing of Proposition 13 in 1978, is one of the cheapest in the nation with an effective property tax rate of 0.73%, the 16th-lowest in the U.S.

Cheaper than Oregon, Washington state and Texas, a popular destination for many Californians. To be fair, Utah and Arizona — other top spots from those leaving the state — finished at Nos. 12 and 13, respectively. New Jersey has the highest property tax rate at 2.49%, while Hawaii boasts the lowest at 0.28%, according to the latest data from WalletHub.

Proposition 13 caps the maximum property tax rate at 1% (counties can assess other special taxes to real estate) and no more than a 2% increase per year. Homes can only be reassessed when they are sold.

Of course, property tax rates vary by county in California. Kern County, best known for Bakersfield, has the highest rate at 1.09%, followed by Riverside County at 1.04% and Placer County at 0.94%, according to ATTOM Data Solutions. San Francisco, a city and county, has the lowest property tax rate at 0.64%.

But a low property tax rate doesn’t halt increases. With double-digit price gains in recent years — again the state’s median home price has increased almost $300,000 since 2016 — there are some cities with hefty jumps.

Six California cities had the largest percentage increase in the nation, as new buyers prompted properties to be reassessed at significantly higher prices. San Francisco’s average property tax rate increased 11.1%, second behind first-place Salt Lake City, Utah, at 11.4%. San Jose (up 10.8%) and San Diego (10.2%) had the third- and sixth-largest increases.

“Homeowners across the United States in 2020 got hit with the largest average property tax hike in the last four years, a sign that the cost of running local governments and public school systems rose well past the rate of inflation,” says Todd Teta, chief product officer for ATTOM Data. “Fortunately, for recent homebuyers, they have mortgages with super-low interest tax rates that somewhat contain the cost of homeownership. But the latest tax numbers speak loud and clear about the continuing pressure on both recent and longtime homeowners to support the rising cost of public services.”

Quick, what company is the leading mortgage lender in the U.S.?

Unless you’re living under a rock, it’s a very easy question. Just turn on the TV or go online.

Rocket Mortgage. The Detroit-based company handled more than 1.14 million mortgages in 2020, double the figure of second-place United Wholesale Mortgage, according to the Consumer Financial Protection Bureau.

In fact, how dominant was Rocket Mortgage in the refi sector? The second- through fourth-largest mortgage lenders combined had fewer refis than Rocket Mortgage.

Wells Fargo was the leading bank in the mortgage world — and the fourth-largest mortgage lender. The national bank, which has faced repeated scandals in recent years, issued 319,400 mortgages. Almost three of every five mortgages were refis.

JPMorganChase (better known as Chase Bank) and Bank of America were the second- and third-leading traditional banks in the mortgage race — and Nos. 8 and 9 overall, respectively.

Will the boom continue or is the housing market needing a breather?

Homes are selling at a record pace nationwide — and in California

Almost three of every five (59%) homes listed on the market entered escrow within two weeks, the highest percentage since 2012, when Redfin started tracking data. And 46% of homes listed entered escrow in one week, also a record and significantly higher than the 30% for the same period in 2020.

Redfin recently released the number of days on the market for two-dozen cities in California, including eight days from listing-to-escrow in Sacramento. Fresno and San Diego have slightly longer periods at 12 and 15 days, respectively.

The red-hot housing market — where homebuyer demand has more than doubled compared to a year ago and listings have fallen 42% — could be cooling off, as mortgage applications have slowed in recent weeks.

“The housing market is more competitive than we’ve ever seen it, but a couple of indicators are causing us to ask whether we’re nearing a peak in terms of how fast demand and prices can grow,” says Redfin chief economist Daryl Fairweather. “Sellers’ asking prices may be starting to flatten in what so far appears to follow a typical seasonal pattern. And the drop in (mortgage) purchase applications tells me that some buyers are dropping out due to the lack of affordable homes for sale. If these trends continue, we can feel more assured that we are not in the midst of runaway home price speculation or a housing bubble.”