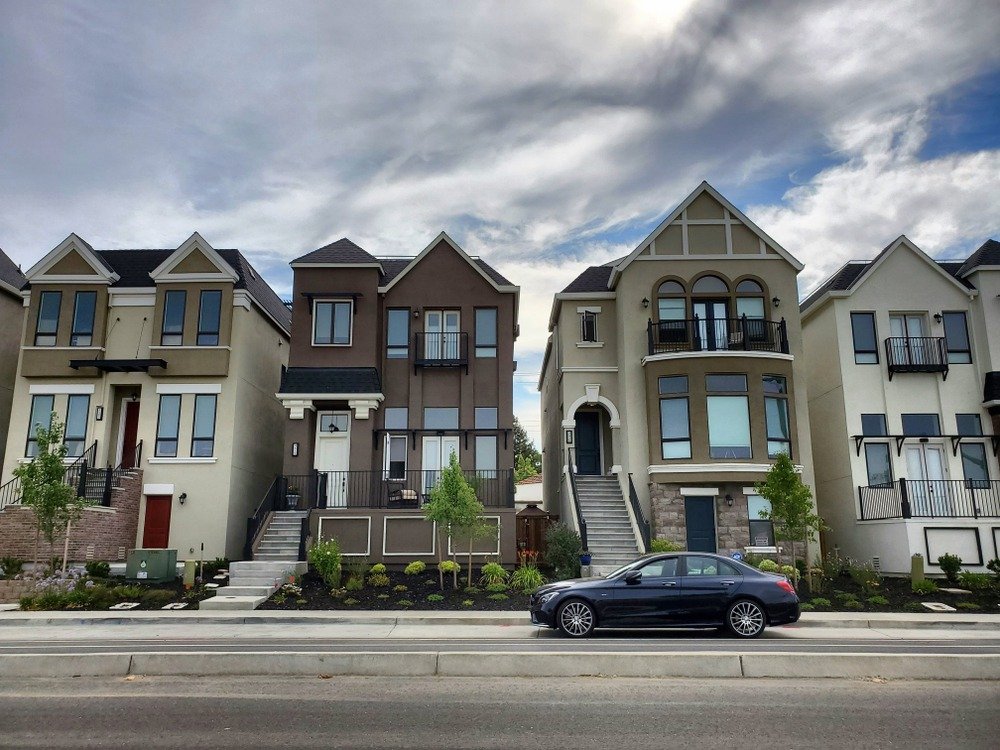 Uncle Sam is giving homebuyers a helping hand, sort of.

The Federal Housing Finance Agency (FHFA), the agency that oversees Fannie Mae and Freddie Mac, has boosted the conforming loan limit for homes to $548,250 in 2021, compared to $510,400 this year.

And in higher-cost areas — think the Bay Area, the Central Coast and much of Southern California — the limit will climb to $822,375, a 150% increase from the baseline limit.

FHFA’s actions are good but fail to keep up with the record-setting median price — and double-digit price increases — in California. The state’s median home price was $711,300 in October, a 17.5% hike from a year ago, compared to the 7.4% increase for the conforming loan limit.

The California Association of Realtors applauded the decision, adding that higher conforming limits will “give tens of thousands of California homebuyers a chance at homeownership,” says Dave Walsh, president of the statewide association. “Increasing the existing Fannie Mae and Freddie Mac conforming limits will greatly benefit higher-priced areas of the state and provide stability and certainty to the housing market.”

Help for some buyers, little consolation for others

About half of California’s counties have median home prices of less than $548,000, and many of those are in the Central Valley and the Far North. Only three counties in the Bay Area and Southern California are below the conforming loan limit — Riverside, San Bernardino and Solano.

The National Association of Realtors and CAR have lobbied FHFA to make higher-conforming loan limits permanent, especially since many cities — from the Bay Area to Boston — have home prices above the national conforming loan limit. So far, Uncle Sam has ignored the request.

Feature photo of homes in the Curtis Park neighborhood in Sacramento. Emmy Bersa/Shutterstock

Record-low mortgage rates are leading many homeowners to refinance their mortgages (see following item), often saving them hundreds of dollars or reducing the length of the loan — or possibly enjoying both of those benefits.

The current rate for a 30-year mortgage was 2.71% for the week ending Dec. 3, the 14th record-low this year — and almost a full percentage point from a year ago, according to Freddie Mac.

Many consumers are applying to refinance their mortgages, but many more should consider the move. Industry tracker Black Knight crunched data and reports a record 19.4 million “high-quality” homeowners could refinance and save a ton of money in the U.S. The company defines “high-quality homeowners” as those with at least 20% equity in their homes and a credit score of 720 or higher.

Refis can save owners hundreds of dollars per month

The average homeowner could cut 0.75% off their current mortgage, saving about $309 per month. Others could save a bit more. About 4.5 million borrowers could save at least $400 a month and another 2.7 million could trim $500, thanks to record-low rates, says Andy Walden, economist and director of market research for Black Knight.

More than 3 million homeowners in California could refinance and save an average of $420 per month. Almost a third of those homeowners are in Los Angeles.

Of course, applying for a mortgage is far from pleasant, especially with the paperwork and stress. But the ability to tap some equity and pay off an auto loan, credit card debt or a student loan makes the effort worthwhile. Plus, the smaller monthly payments leave more money in your pocket.

However, there are some things to consider, including how long you’re planning to remain in your home. If you are anticipating selling relatively soon, say several months to two years, it may not make much financial sense.

Also, if you pay points — each point is 1% of the money borrowed (think $1,000 for every $100,000) — only refi at a rate of at least 1 percentage point lower. But, in many cases, avoiding points, especially with the record-low rates, is a good option.

One more thing, refinancing a mortgage can help your credit score, especially if you’re paying off high-interest credit card debt. But avoid racking up hefty debt again on those credit cards, since that can greatly hurt your credit score, personal finances and reduces — or even eliminates — the gains from the refi. Bottom line: Don’t use your house as an ATM, or worse, a revolving line of credit.

If you’ve applied for a mortgage during the past several weeks, you already know the obvious — mortgage companies are busy. Very busy.

Mortgage lenders approved 3.25 million loans during the third quarter, a 17% increase compared to the second quarter and up 45% from a year ago. It’s the most mortgages issued since 2003, when the market was entering the housing boom that was eventually halted with the mortgage crisis and  prompted the Great Recession.

Refis (see previous item) accounted for about 60% of home loans during the third quarter. But the rate of refi growth slowed during the July through September period, according to ATTOM Data Solutions. The average refi nationwide was just under $300,000.

‘Pandemic and other factors could … halt the market boom’

All of California’s six largest metro areas easily exceeded the percentage increase in mortgages nationwide. San Jose, Los Angeles and San Diego boasted 80%-plus gains in the third quarter compared to the same three-month period in 2019. Sacramento and San Francisco were close behind with 67% and 63% gains, while Fresno reported a 54% increase from a year ago.

While impressive, the current flood of mortgages pales compared to the peak set 17 years ago, when no-doc loans were becoming part of the mortgage world. For example, almost 104,000 mortgages were approved during the third quarter in Los Angeles, 62% less than the record 270,642 loans in third-quarter 2003, according to ATTOM Data.

But the activity is definitely a good sign for an economy that continues to get walloped from the effects of the pandemic.

“The home-loan industry got even business in the third quarter, with the housing market still operating as if the recession brought on by the pandemic didn’t exist,” says Todd Teta, chief product officer at ATTOM Data in Irvine. “However, we do cautiously note … that the pandemic and other factors could come together and halt the market boom.”

California has always been a difficult market for first-time homebuyers, but fast-rising prices are making ownership tough, even with record-low mortgage rates.

Five metro areas in California are the most out-of-reach for first-time homebuyers in the U.S., according to NerdWallet’s third-quarter home affordability report in the Orange County Register.

Los Angeles’ median-home price is 12.1 times higher than the income of the first-time homebuyer — $998,000 vs. $82,435. A quick comment, the California Association of Realtors (CAR) has a median home price of $632,000 for Los Angeles in October, significantly lower than the NerdWallet stat.

Riverside, considered a more affordable housing market for house-hunters in Southern California, had 54% fewer homes listed during the third quarter compared to the same period in 2019, according to NerdWallet. San Diego was off 43%, while Los Angeles listings slipped a more modest 26% from a year ago.

But before first-time homebuyers hang their heads and sob uncontrollably, remember that the median home price means half the homes sell for more, the other half for less. It’s like buying jeans, you can find a just-the-right-fit (and price) pair between Earnest Sewn and Wrangler, really.

Goodbye coast, hello Valley to save several hundred — or more — in rent

Big-city apartment rents continue to get deeply discounted as renters head inland to lower-priced regions of the state.

Landlords in the Bay Area and Los Angeles are suffering, while those in Sacramento and Fresno are celebrating, according to the latest rental report from Zumper.

San Francisco’s average one-bedroom apartment is renting for $2,700 in December, an almost 23% drop from a year ago. Oakland and San Jose rents are down 19% and 14.7%, respectively. Los Angeles was off 9.5%.

California had four of the seven-largest declines in rents compared to a year ago.

Fresno and Sacramento-area apartments have soared about 19% and 16%, respectively. Renters in higher-priced cities, especially those able to work from home, are moving to the Central Valley and other more affordable markets, experts say.

However, the big-city exodus may be slowing, as the quarterly declines in cities like San Francisco and San Jose are smaller in recent months.