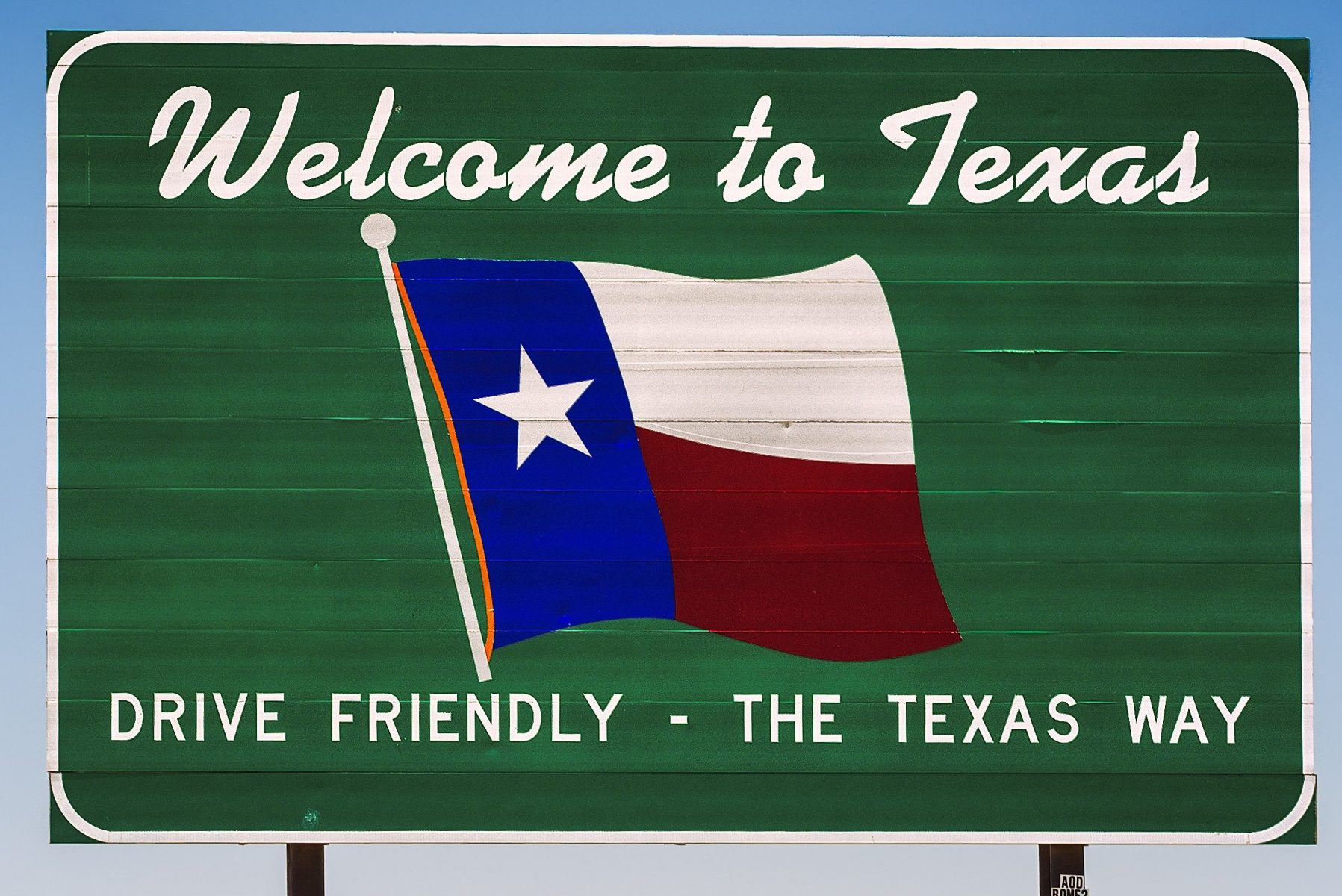 California’s high cost of living — from housing to personal income tax — the increasing risk of wildfires and even left-leaning politics are the primary reasons about 635,500 people moved out of the state in 2019.

The figure is easily more than the population of Fresno, Sacramento or Long Beach. However, the state only had a net loss of about 173,000 residents, offset by the 462,500 newcomers moving to California.

Last year’s net loss is about 5.4% less than the 190,000 people who left the state in 2018, according to the U.S. Census Bureau. It’s the first time in eight years the number of Californians moving out of the state has declined.

But last year could be the drizzle before the storm. Analysts and housing experts say the exodus will easily exceed 200,000 in 2020, as the COVID pandemic has prompted companies to create work-from-home options for workers. And some of those employees, from Facebook to Google, are moving to lower-priced states such as Arizona, Nevada and Texas. Plus, there are still many Californians who want to escape the hefty home prices and the politics of the state.

The Lone Star state was the leading destination for those leaving California. More than 82,000 Californians moved to Texas in 2019, according to the Census Bureau. Texas offers more affordable housing and no personal income tax, which can save the average family several thousand dollars every year. About 62% of Texans can afford to buy a home, more than double the 28% rate in California, according to the Rice Kinder Institute for Urban Research.

Arizona was the destination for about 60,000 Californians in 2019. The state has enjoyed impressive job growth and offers lower-priced real estate. Nevada attracted 47,300 Californians, followed close behind by the 46,800 leaving for Washington state.

Companies are also hitting the road

Many companies are also abandoning California. For example, Palantir is Colorado-bound and San Francisco-based Stitch Fix will downsize operations and have representatives in multiple locations out of the state.

It’s an easy decision for some business leaders, citing the cost of doing business, housing for workers and overall quality of life.

“The harsh truth is that California has fallen into disrepair,” writes Joe Lonsdale, founder and general partner of venture-capital firm 8VC, in the Wall Street Journal. Lonsdale is moving his company to Austin, Texas. “Bad policies discourage business and innovation, stifle opportunity and make life in major cities ugly and unpleasant.”

He is not alone.

“I’m not oblivious to how much money I would be saving if I move to a no-income-tax state like many have done before me,” says Graham Stephan on YouTube. The Los Angeles native is moving his company and its $10 million real estate and investment portfolio to Las Vegas. “That’s now a number that’s grown to a point that I can no longer ignore the cost-benefit of moving.”

Stephan says the $400,000 in California income tax he will pay this year is no longer deductible on his federal income tax, citing the state and local tax (SALT) limit enacted by the Trump Administration. “The opportunity cost of not moving just got to a place where it’s worth it to move,” Stephan said.

So where are the newcomers to California coming from? New York state lost about 37,570 residents to the state, followed by 37,070 from Texas. In-migration dropped 4.2% in 2019 compared to a year ago.

And why did some of those people leave California in 2019? Affordability.

Affordability dropped to 28% during the third quarter, down from 33% in the second quarter and 31% in third-quarter 2019, according to the California Association of Realtors.

It’s a dramatic change from eight years ago, when affordability reached a modern-day record 56% in third-quarter 2012. Then, the housing market had experienced a huge decline in prices from the Great Recession.

Bankrate details the facts about mortgages, including FHA loans, which help lower- and moderate-income families able to buy homes with smaller down payments.

The reason for the drop in affordability is simple: home prices have soared in recent years. The state’s median-home price — half the homes sold for more, the other half for less — reached a record $712,000 in September, making buying much tougher.

All major regions had a decline in affordability during the third quarter compared to a year ago. Santa Barbara County was the least affordable market at 17%, followed by Monterey, San Mateo and Santa Cruz, each at 19%.

Kings County, home to the cities of Hanford and Lemoore, is the most affordable at 59%.

The federal government issued a late-Friday night (Nov. 20) study that has received little attention but should cause some worry — more homeowners and tenants are expecting a difficult time making their monthly mortgage payments or rent during the coming weeks in California.

About 6% of Californians — about one of every 16 residents — say they are either not current on their rent or mortgage payment or have slight or no confidence in making their next payment on time, according to the U.S. Census Bureau. And among those folks, 34% say eviction or foreclosure in the next two months is somewhat or very likely.

It’s a sobering reminder that even though the Dow Jones Industrial Average has reached a record 30,0000 and job growth has improved, many Californians are still struggling.

Bay Area homeowners and renters are the most at risk, according to the Census Bureau.

San Francisco has the largest percentage of homeowners and renters likely to be evicted or foreclosed on at 45%, followed by the Inland Empire at 31.5% and finally Los Angeles at 26%, according to the study.

Clearly, the ongoing COVID pandemic and the subsequent recession are taking their toll. And it’s more than just a feeling, especially among homeowners.

Industry tracker CoreLogic reports 3.8% of homeowners in California with a mortgage were “seriously late” — defined as at least 90 days — on their payments in August, a dramatic increase from 0.6% a year ago. Granted, the current percentage is far from the double-digit rate during the housing crisis of the Great Recession, but it’s still worth some worry.

Today, homeowners have more equity and home prices are expected to increase during the next year, greatly limiting the chance of a foreclosure crisis, says CoreLogic deputy chief economist Selma Hepp.

Plus, mortgage lenders are allowing borrowers to apply for forbearances, which moves those pesky monthly payments to the back of the loan without penalty.

But if the economy continues to slow and lawmakers fail to reach a stimulus deal relatively soon, those missed mortgage payments could be a more serious problem. Nationwide, serious delinquencies improved for the fifth consecutive month in October, but remain more than five times pre-pandemic levels at 1.8 million homes, according to Black Knight.

Go ahead, dream big. But if you live in these five California cities and rent an apartment, chances are reality will leave you wishing for more. A lot more.

Five of the 25 cities with the smallest apartments in the nation are in California, where construction and land costs often challenge developers balancing the demand for affordability with the desire from renters for more space.

Chula Vista, a suburb of San Diego, landed at No. 8 on the list, largely (or smally) because of its 326-square-foot studio apartments, the second-smallest in the nation behind only Reno, according to ApartmentGuide.com. Its one- and two-bedroom apartments were much better at No. 26. How much is 326 feet? Combine your great room with the hall bathroom, and you have a pretty good idea.

Sacramento finished at No. 10 because of modest-sized one- and two-bedroom units. The city has enjoyed a dramatic increase in rent (third item in blog), as Bay Area residents able to work from home move to the capital region.

San Francisco, Oakland and San Diego also finished in the top 25 for the smallest average-sized apartments in the U.S.

On the flip side, Orange County cities Irvine and Santa Ana — which are next to each other — boast some of the largest apartments, with the average two-bedroom unit at 1,100 square feet.

By the way, just in case you were wondering, Portland, Ore., has the smallest apartments; Indianapolis the largest.