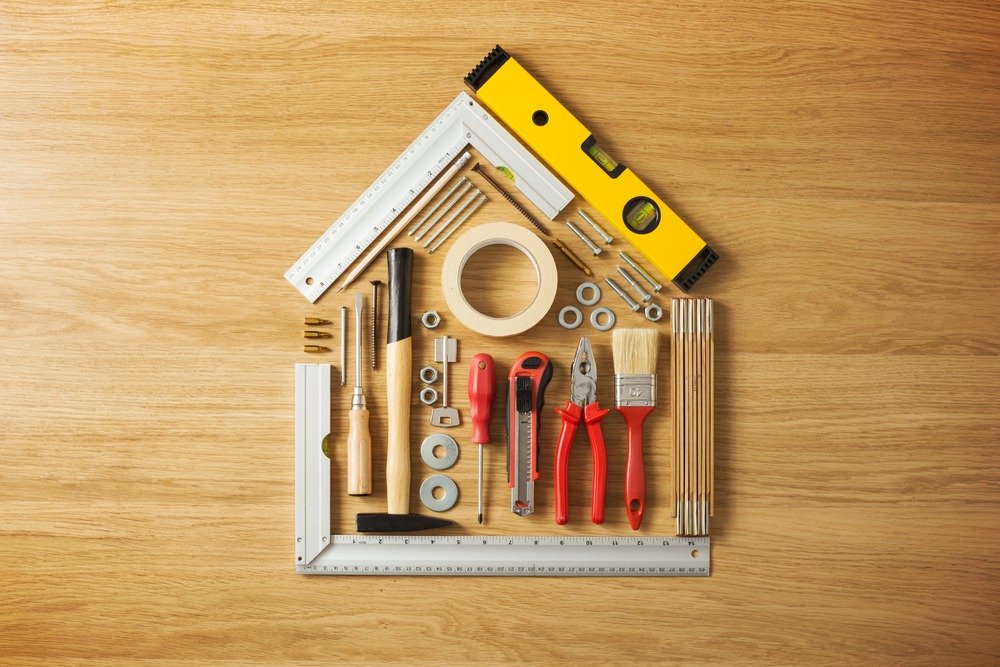 Spring is right around the corner, and for many homeowners, especially for those with a ton of equity, home-improvement projects may be on the to-do list.

But what projects generate the best returns, the biggest bang for the buck?

For decades, bathroom and kitchen remodels were a safe bet, netting homeowners the best returns when selling.

Times have definitely changed. Today, outside projects are more likely to generate a bigger payoff, according to Remodeling Magazine’s annual Cost vs. Value report.

Only stone veneer and replacing the garage door generate a positive return, with garage doors netting a 117% payback.

All of the other home-improvement projects were money-losing propositions at less than $9 back for every $10 spent. The fast-rising cost for projects, especially for material and labor, has become a challenge for homeowners looking to recoup their investment, said Clayton DeKorne, editor in chief of Remodeling Magazine.

The biggest issue with kitchen and bath remodels, often some of the most expensive home-improvement projects, is homeowners may like that subway tile but home shoppers could prefer something more traditional.

So, focus on curb appeal and forget about the kitchen and bath, at least if you want to recoup all — or at least more — of your investment.

Here are the top 10 leasing home-improvement projects in the Pacific region, the cost and the return on investment when selling.

Top 10 home-improvement projects in the Pacific region, the cost and the return on investment when selling

Mortgage rates have dropped to the lowest level in more than 50 years, largely because of concerns about the coronavirus spreading that have prompted federal notes to fall to historic lows as well.

The average 30-year mortgage rate has dropped to 3.29% — more than 1 percentage point lower than just a year ago, according to Freddie Mac. And consumers with excellent credit who want to comparison shop can probably find even slightly lower rates.

Bottom line: It’s a good time for buyers and homeowners who can take advantage of the lowest rates in at least two generations.

Millions can refinance and save hundreds of dollars every month

Almost 13 million homeowners nationwide — equivalent of everyone in the Los Angeles metro region — can refinance their mortgage and enjoy rates of 75 basis points (0.75%) or lower, saving them about $277 per month, according to the latest info from Black Knight.

Rates are so low that some families who have owned their home for several years can actually refinance, keep – or maybe even cut a little off – the number of years remaining on their mortgage and still save a few dollars every month, mortgage experts say.

What could you do with those dollars?

Those 13 million homeowners have a combined $6.2 trillion in equity they can tap. Basically, equity of at least 20% or more. Consolidating or paying off debt by refinancing your home makes good financial sense since the rates are often much lower – and the interest on the loan is tax-deductible. Depending on the debt, you can save hundreds or even thousands of dollars every month.

Here are just a few things to consider. The average American with student loans graduates with almost $30,000 in debt, according to the Federal Reserve. The average payment is about $275 per month.

Of course, if you don’t already own a home and you’re looking to buy, it may be worth looking now. However, you will likely compete with other home-shoppers because of the serious housing crunch in the state and could be buying at or near the top of the market.

But if you want to move forward, record-low-rates make buying a home more affordable. Plus, buyers can buy a larger — or pricier — home and still stay within their budget.

Home affordability remained at 31% during fourth-quarter 2019, thanks to near-record-low mortgage rates and stagnant home prices.

The state’s current affordability rate — based on a 20% down payment for the median-priced home of $607,040 — is slightly better than the 28% a year ago, according to the California Association of Realtors.

Forty-four of the 48 counties tracked in the state reported higher affordability rates during the final three months of the year compared to a year ago.

But affordability does not mean affordable — or cheap. The average homebuyer would need to earn at least $119,600 to qualify for the mortgage and be able to make the $2,990 monthly payment, according to CAR.

Only eight counties had affordability rates of 50% or more, including 63% in Lassen County, where the average home is $215,000 — about one-third the median price in the state.

Almost as many counties (seven) had affordability rates of 25% or less, with San Francisco leading the way at only 18%.

While the current affordability rate has improved, it’s far from the modern-day record of 56% in fourth-quarter 2012.

Speaking about affordability, the average resident in the City of Angels has a devil of a time buying a house.

Los Angeles was the nation’s least affordable housing market for families earning the region’s median income of $73,100 during the fourth quarter, according to the National Association of Home Builders (NAHB)/Wells Fargo Housing Opportunity Index (HOI). Only 11.3% of Los Angeles-area families — or one of every nine — earning the median income could go from home dreamers into homeowners.

All of the five least affordable housing markets were in California during the final three months of 2019, including Anaheim-Santa Ana-Irvine, San Diego and San Jose.

Nationwide, 63% — almost two of every three households earning $75,500 — could afford to buy a home in the fourth quarter, according to the report.

So, what’s the most affordable housing market in the U.S? Indianapolis, where almost 92% of families earning the median income could buy a home.

California’s luxury housing market has been struggling the past several quarters, suffering from fewer foreign buyers and an inventory crunch.

And the wallop on Wall Street in recent weeks will likely hurt the market more.

But if you need further evidence that the high-end housing market has hit a bump in California, check this out — Bakersfield was the best-performing luxury market in the state during the fourth quarter, and No. 10 in the U.S. (yep, really), according to Redfin.

Of course, part of the reason could be related to affordability, since many home-shoppers are priced out of Los Angeles and look north to Bakersfield. The average home in Bakersfield costs about $263,000, much less than the $617,500 in Los Angeles County, according to the California Association of Realtors. The statewide average home price was $575,000 in January.

In fact, Bakersfield is a rather hot market, at least compared to much of the state. Kern County luxury home prices — considered the top 5% of home sales in the region — soared to $675,000 (just a bit over the statewide average) during the fourth quarter, a 16.4% increase compared to a year ago, according to Redfin. But even the everyday market, the other 95% of home sales, were impressive in Bakersfield, climbing to $253,000, a 9.2% increase vs. a year ago.

California, outside of Bakersfield, was a bit of an anomaly compared to the rest of the nation, as the average luxury home sold for $1.63 million in the fourth quarter, a 1.6% increase vs. a year ago, the largest gain since third-quarter 2018.

“Demand for luxury is improving. That’s showing up primarily in an increase in sales right now, but it’s also putting some slight upward pressure on prices,” says Redfin chief economist Daryl Fairweather. “We’re ending the year in a much better position than we started, which is a good sign for 2020. I expect price growth to return to at least 3% to 5% by spring.”