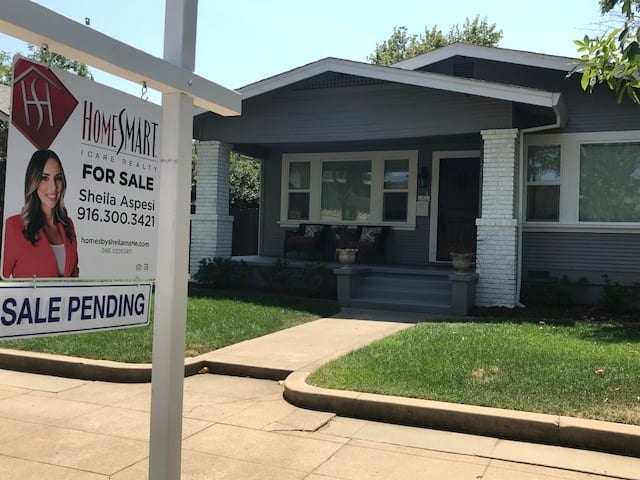 A dramatic decline of homes on the market helped home prices increase at the largest pace in almost six years, giving home-sellers — and their real estate agents — a nifty gift in December.

But for home shoppers, it was more like a lump of coal or an empty stocking.

Active listings — basically the number of homes listed on the market — plummeted 26.5% in December, the second-consecutive 20%-plus drop in as many months (November listings were off 22.5%). December was the sixth consecutive month of declining home listings, falling to the lowest level since April 2013.

So few homes were available to buy in December that inventory plunged to 2.5 months, compared to 3.1 months in November — and off significantly from the 3.5 months in December 2018, according to the California Association of Realtors.

‘Low rates should continue to provide support to the market’

Despite the decline in listings, home sales were only down 1% from November, but up 7.4% compared to December 2018. Sales dropped to a seasonally adjusted annualized rate of 398,880 homes in December, the first time in six months that home sales dipped below the closely watched 400,000 benchmark, considered the level for a sellers’ market.

“Despite a sales slowdown at year-end, home sales were up from a year ago as interest rates remained low,” says CAR president Jeanne Radsick, a real estate professional in Bakersfield. “It’s important to note, however, that the increase due partly to low housing demand in the prior year. Looking ahead, low rates should continue to provide support to the market as buyers have become more motivated to get back into the market and home sales in California should see an improvement in the start of the year.”

California’s housing market continues to provide an almost textbook example of the economic theory of supply and demand. Consumers, armed with near-record-low mortgage rates, competed for the few available homes and helped increase home prices in December at the largest pace since May 2014.

The state’s median home price — meaning half the homes sold for more, the other half for less — increased 4.3% to $615,090 in December compared to November. The current median price is up 10.3% compared to December 2018, the first double-digit increase in more than five-and-a-half years.

“With housing supply dropping to the lowest level in nearly seven years, Californians experienced an unusual jump in its median price at the end of the year when the market is supposed to cool down,” says Leslie Appleton-Young, senior vice president and chief economist for CAR. “While low rates have been fueling demand in the second half of 2019, supply constraints continued to put a drag on the market and undercut the positive effect of low rates. The surge in price is a byproduct of the imbalance between supply and demand as market competition continues to heat up.”

“The surge in price is a byproduct of the imbalance between supply and demand as market competition continues to heat up.” — Leslie Appleton-Young, chief economist for the California Association of Realtors

Indeed, home prices soared in all regions except the Central Coast. Southern California’s home prices jumped 10%, followed by the Central Valley at 7.7% and Bay Area at 6.9%.

The Bay Area was easily the highest-priced region at $908,750, led by San Mateo and San Francisco counties at almost $1.48 million and $1.45 million, respectively.

Glenn County at $252,000 was the most affordable in the state, followed by Kings County (Hanford-Lemoore) at $255,000. Ten of the 12 counties in the Central Valley had median prices of less than $400,000, making the region attractive options for first-time homebuyers or equity refugees cashing in from the Bay Area or Southern California.

DECEMBER HOME PRICES, SALES COMPARED TO A YEAR AGO